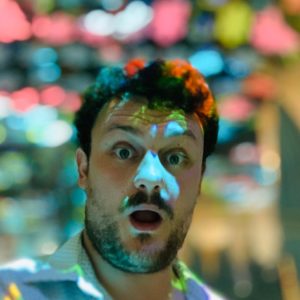 “I’ve been running Gig Buddies with Thera since it launched back in 2016, and it’s such great fun! My highlight so far has to be our ‘Fringing 9-5’ event where we attended the Edinburgh Fringe Festival from 9am until 5am the next morning! I have a love for all kinds of music, and you can sometimes catch me signing songs and playing guitar on a Gig Buddies Facebook livestream.”

Best gig I’ve ever been to: Gorillaz

“I’m Molly, the Project Coordinator for Gig Buddies Glasgow. I loved the idea of Gig Buddies when I first heard about it a few years ago, and was thrilled to join the team when we launched in Glasgow last year. I’ve had loads of fun at all the Gig Buddies Socials, both in real life and online, but my favourite event so far was the Launch Gig we held back in January at the Glad Cafe. I got to meet lots of talented performers and see loads of members and volunteers enjoying the night.”

Best gig I’ve ever been to: Television 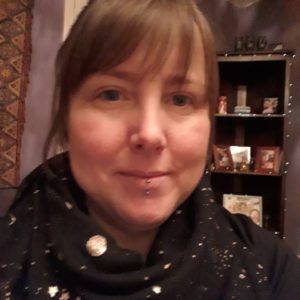 “I’m Debbie, the Gig Buddies West Lothian Project Coordinator, I joined Gig Buddies in November 2019. I have been following the Stay Up Late campaign for many years and I was delighted when Gig Buddies came to Scotland, and even more so when they came to West Lothian. Working with Gig Buddies is a dream job for me, I have a lot of fun planning and attending our regular social events and most importantly I love seeing the difference our work makes, connecting people and reducing isolation for people with a learning disability.”