Gig Buddies West Lothian recently went to the Amp Music Festival at Purple Orange. Find out what our gig buddies thought of the venue here!

Gig Buddies West Lothian love getting out to gigs in out local area. We are so lucky that not only are we a reasonable bus or train journey away from Glasgow or Edinburgh but we have a wealth of live music here on our doorstep.

When I became the local area coordinator for West Lothian I knew exactly where I would be heading to find local people who love getting out to gigs… Purple Orange!-Debbie, Gig Buddies West Lothian Project Coordinator

Before lockdown in March 2020, Gig Buddies West Lothian went along to a couple of gigs at Purple Orange. We were loving the opportunity to see local talent and getting to know Scott and Mike.

Purple Orange is run by Michael Mathieson and Scott Horsburgh, and has been running for 8 years. It is located on Union Road, Bathgate and their grassroots venue is through the back of the Amp Music Store which has been open for three years. 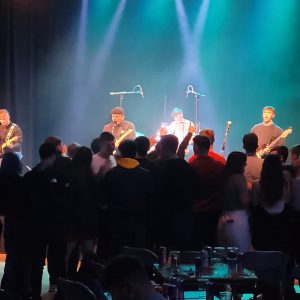 Scott and Mike really got what Gig Buddies are all about and were keen for is to be included in their regular gig nights.

We are all about the local music scene, from teaching your first chord to performing at one of our gigs or festival. Buying your first guitar, to maintaining your pride and joy and supporting local artists to play more in their local area. So, it’s easy to see why Gig Buddies and ourselves would make a great team!-Scott and Mike, Purple Orange

We were all disappointed when the Amp Music Festival was postponed in March 2020. We were happy to hear the Amp Music Store and eventually that Purple Orange, the venue, were reopened, we knew that it wouldn’t be long until gigs returned!

The Amp Music Festival was rescheduled to take place on Saturday the 4th of September at the Regal Theatre, Bathgate.

Even better news was to come for Gig Buddies West Lothian as Mike and Scott asked if they could sponsor us and become one of our official partners!

Mike and myself at the Purple Orange Arts Venue, and Amp Music Store, are delighted to be supporting Gig Buddies, such a great idea behind the scheme… we just had to get involved. We’d love to help Gig Buddies grow alongside ourselves, we have the platform to help attract more members and volunteers to them. Hopefully our surroundings will help everyone feel relaxed and comfortable and help them make the decision to give Gig Buddies a try!– Scott, Purple Orange 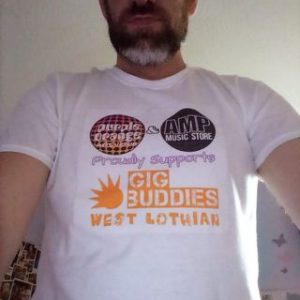 Gig Buddies West Lothian are delighted to be official partners with Purple Orange!

Gig Buddies West Lothian held our September social at the Amp Music Festival, and we were joined by our friends from Gig Buddies Edinburgh.

The festival gets a big thumbs up from Gig Buddies with Thera! 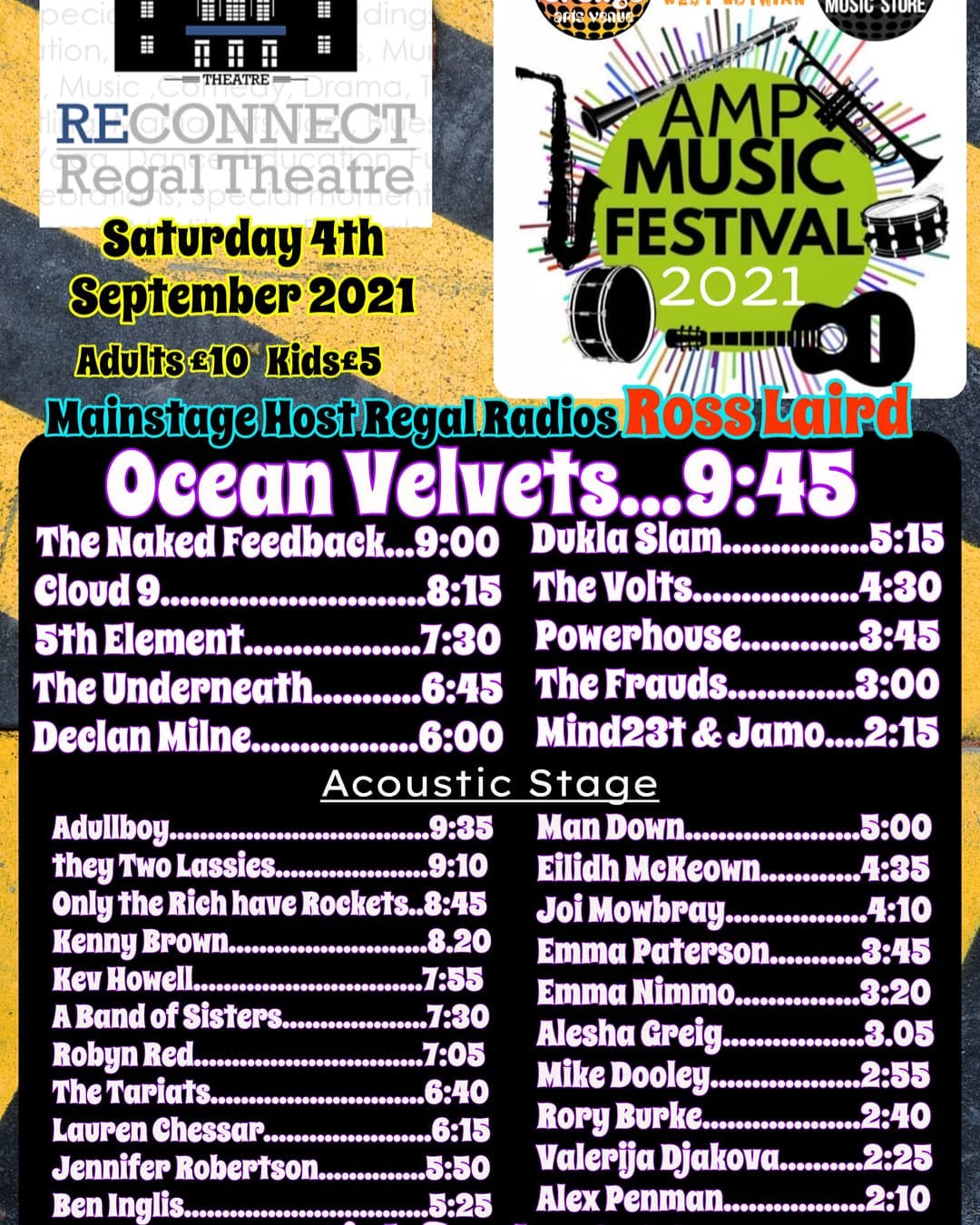 Here’s what Gig Buddies members had to say about the Amp Music Festival, and Purple Orange:

“I loved it, it was amazing! The venue was great, you could walk about in different rooms… it was really good! I liked that the mentioned Gig Buddies, it was amazing to hear them talking about us. Hopefully it will get us more volunteers, the more Gig Buddies grows the better it is for everyone! I enjoyed going to the café and loved meeting up with the Gig Buddies from West Lothian. Getting there from Edinburgh was so easy by train. It was really worth £10 for the day… great music and a great day out”

“I liked the atmosphere. I’ve been to things like it a bit before, but really not much. I like how there’s two different rooms that you can go to with different music” 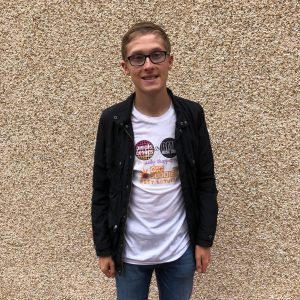 “I liked the acoustic room. The music was really good, I enjoyed that. I enjoyed promoting Gig Buddies and speaking to people about Gig Buddies”

“I really enjoyed it a lot. I liked the bouncing music! I liked all the music and seeing people. The venue was big… It was a good venue to have it in, very accessible. I enjoyed the atmosphere, it was good to be out at  music festivals again.” 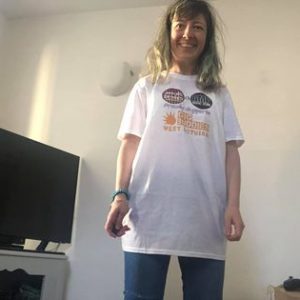 Gig Buddies with Thera Trust are looking for volunteers

We Match volunteers and members based on shared interests, and most of all, a love of getting out to live events. Whether your into pop, metal, or ska, we have a buddy waiting for you!

If you love getting out to gigs and would be able to commit to going out once a month with your gig buddy, get in touch, we’d love to hear from you. 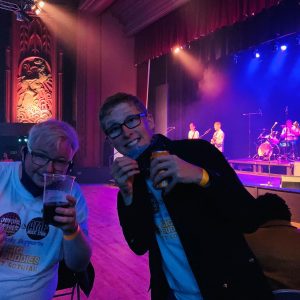 We have gig buddies waiting to be matched in West Lothian, Edinburgh and Glasgow. Volunteers receive online training and an annual expense budget to spend on gigs.

Find out more about Gig Buddies with Thera Trust