In October we gave away tickets to see Rosie Jones live at the Edinburgh Stand Comedy Club to 3 lucky Gig Buddies members! Here's how they got on.

In October we gave away tickets to see Rosie Jones live at the Edinburgh Stand Comedy Club to 3 lucky Gig Buddies members! Richard, Cammy, and Amanda went along to the live recording of Rosie’s BBC Radio 4 show on Sunday 24th October for an afternoon full of laughs. Here’s how they got on: 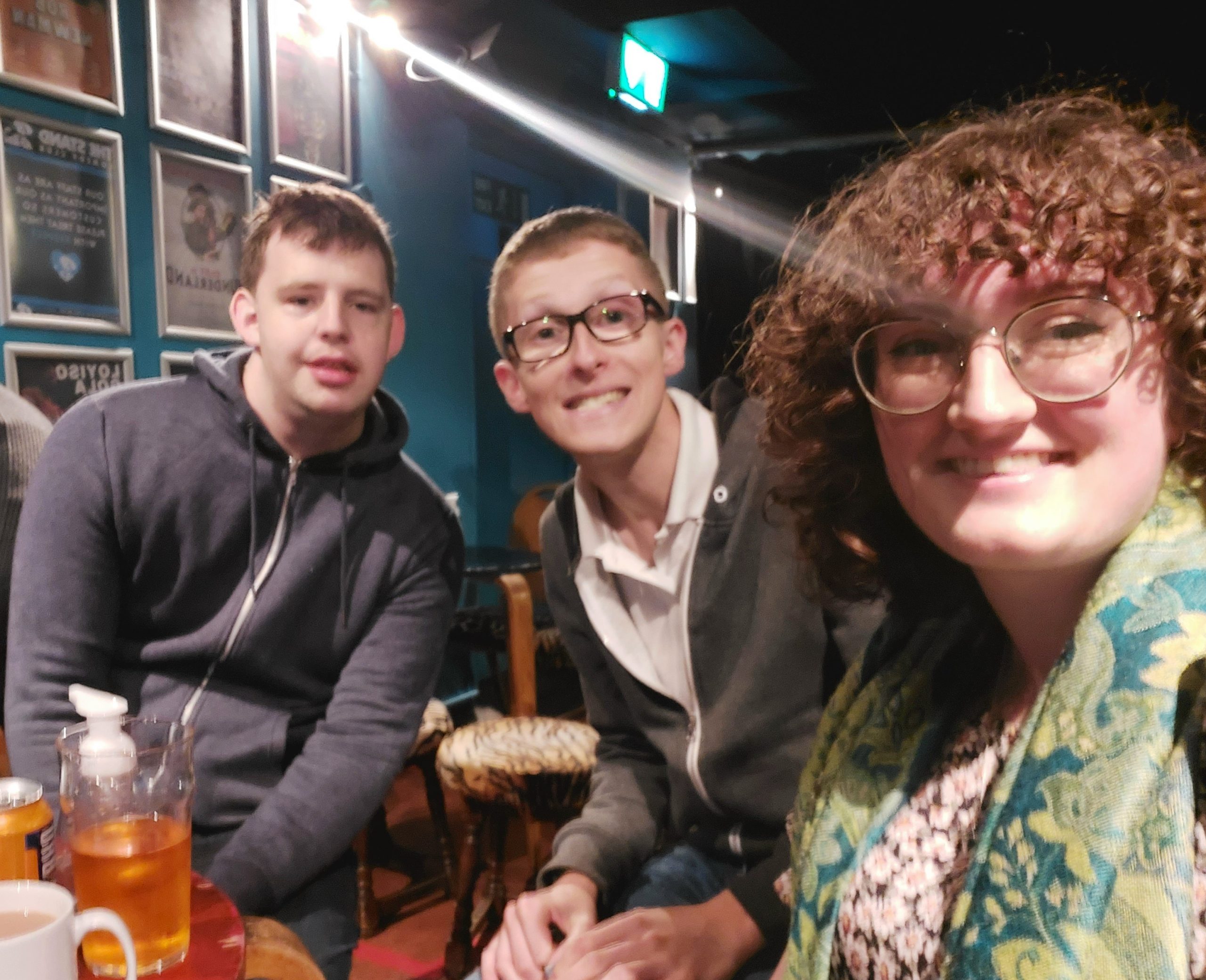 “I went along with my Gig Buddy, Amanda. I met Amanda in the summer, and things are going really well. She’s really nice, and really helpful. We weren’t expecting to win these tickets, so that was a nice surprise. I’d seen Rosie on The Last Leg, and really liked her comedy. It was really good, I really enjoyed it. Really, really funny. She spoke about things like sexuality which is good. You look at things like RuPaul’s Drag Race, it’s great to see more acceptance, that probably wasn’t there before. Overall, great. It’s good to get back out.” 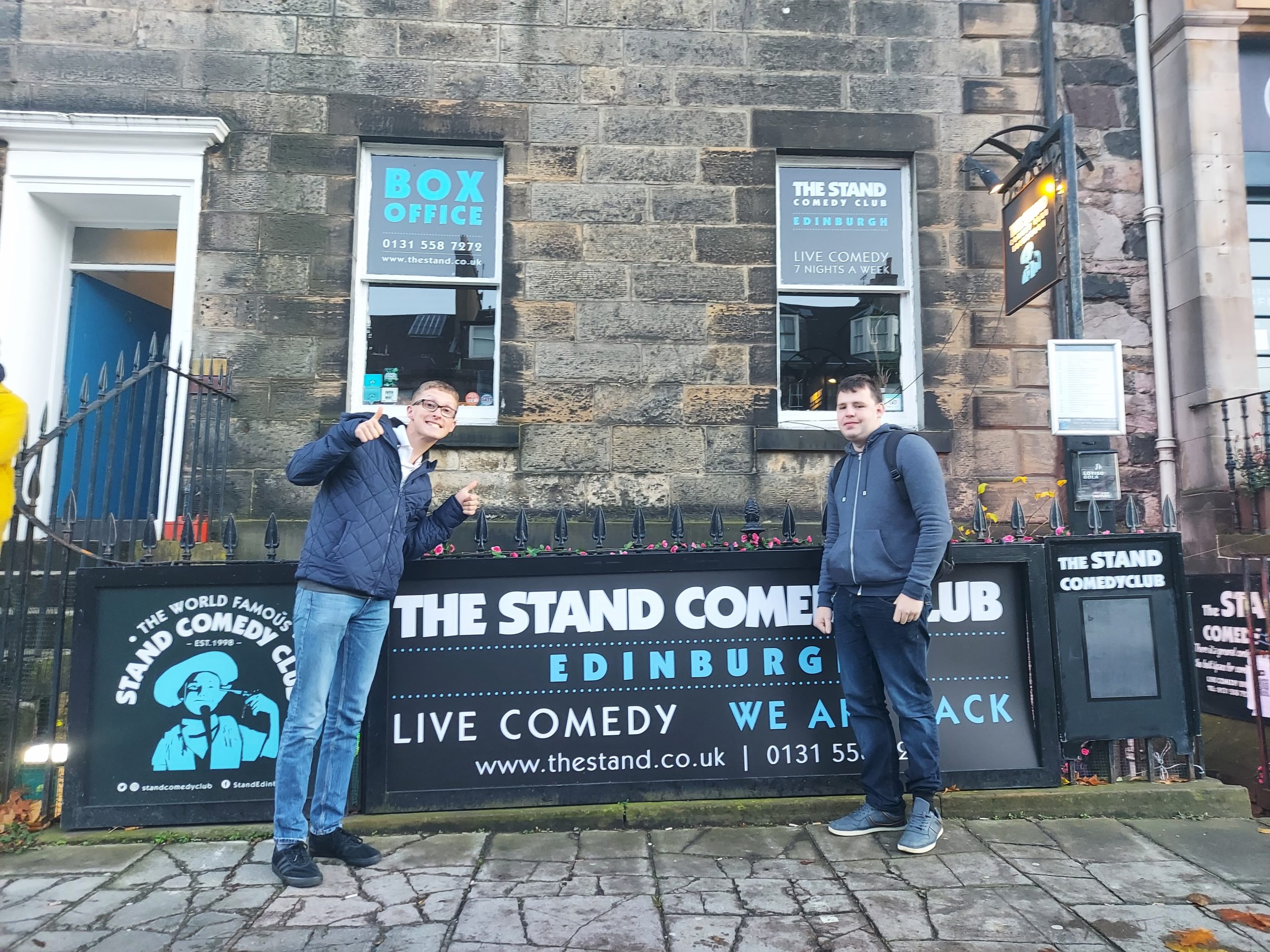 “I first saw Rosie Jones on Facebook through Get2Gether in Edinburgh. (Rosie Jones became the charities patron in 2020). I’ve since seen some her comedy on The Last Leg on Channel 4. When Gig Buddies sent the message to win tickets, I applied straight away. I was over the moon to win the tickets! I planned to see some comedy during the fringe but sadly had to miss it. This really made up for it!

I’m a huge comedy fan. I’d love to give stand up comedy a go myself. Back in 2018, I interviewed Lost Voice Guy at the Edinburgh Fringe, and that was a huge highlight for me! It’s great to see more people with a disability doing stand up. Seeing Rosie Jones yesterday, has given me the confidence that I can give it a go.

Someone in the audience interrupted the show, shouting things. It was being recorded for BBC Radio 4, so it had to be stopped and the person was asked to leave. After a bit of a break, the show started again as if nothing had happened. Rosie gave me and Cammy high fives! The show was fantastic, really funny!”

We’re not sure when Rosie’s new BBC Radio 4 show will go out, but we’ll try to share it on our Facebook page when it does!

You can watch Richard’s interview with Lost Voice Guy by clicking this text.