Staff and people supported across Thera came together to celebrate Pancake Day and Valentines Day.

It’s been a busy week at Thera, with staff and people supported alike celebrating Valentines Day and Pancake Day!

Thera (Scotland) hosted a Valentines Day Show and Tell over Zoom! This was led by Jordan Allan, Service Quality Director for Thera (Scotland) and his Executive Assistant, Emma Willis-Butler. 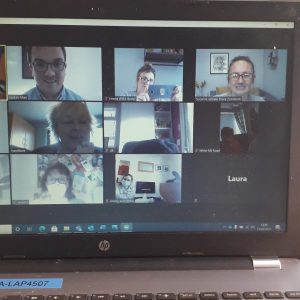 People supported were encouraged to bring along examples of their lockdown activities, including delicious bakes and arts and crafts.

Dawn made a scrapbook of her cat, Kitty, and the people we support in Midlothian made their own photo frames with their initials in. Jimmy even made a special snowman indoors for everyone to enjoy!

Others made and exchanged special Valentines cards. Helen made a variety of Valentines cards from her craft set and Carol even received one from Malcolm! Gavin bought a Valentines Day card, chocolates and flowers for his neighbour.

How did you spend Valentines Day? 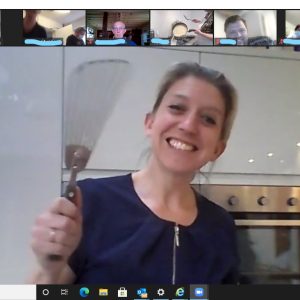 Thera East Anglia hosted a live pancake cook-along on Zoom for their staff and people supported!

This was hosted by Keith Page and Sophie Davies, with 16 others joining in on the fun. Pancake toppings included traditional lemon and sugar, ice cream, maple sugar, marmite and for the more adventurous – peanut butter and ginger!

How did you celebrate Valentines Day and Pancake Day?